I’ve read a few short reads over the months and rather write separate reviews for each I’d thought I’d condense my thoughts to one post in with a few short thoughts on each read. Although I tend to favor fantasy and science fiction, I do like to vary the genres I read. My ratings are all over the place. So here goes!

This book centers around the haunting of a young boy’s father. The boy welcomes the haunting at first but later doubts the return of his father is really a good thing. My opinion will probably be one of the unpopular ones but oh well. I didn’t like this novella too much. The protagonist’s thoughts were all over the place sometimes. The sentence structure the author uses bothered me at the beginning. I was left feeling a little confused although I did really enjoy being surprised with the ending. I’ve found that novellas of this kind tend to have a surprise ending.

I enjoyed the whole allegory or magical realism the author uses in this book. It is a nice quick read with a bit of an air of mystery to it. This novella is all about facing one’s monsters and how the protagonist’s monster has been haunting him since he was a boy, just like his family. I came across this novella having heard of it through the author’s youtube channel. He does nice videos so you can also check those out if you’re interested.

This unique science fiction novella centers on Binti, who against her family’s wishes, leaves her home on Earth to join a prestigious university. Her journey to the university is not as smooth as she would’ve liked. This novella deals with situations of discrimination, racism and challenging preconceptions in a way that only a truly wonderful work of science fiction can do. Although I found it to be a bit confusing sometimes I didn’t mind. This is worth the read for any sci-fi fan. 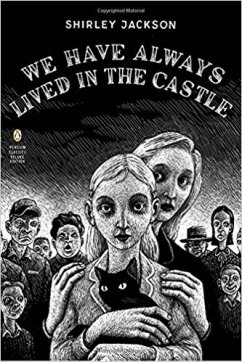 Although this seems to be considered a novel, due to its short length I included this book (the paperback is around 150 pages or so). It is about two sisters who live alone in their secluded family home with their uncle. The town has basically rejected them and is wary of them. This rejection stems from the fact that the rest of the sisters’ family died mysteriously in their home. Now, their cousin Charles has come to town has the youngest sister, Merricat, is doubts his intentions. This book is a nice read with a rather slow pace that mostly relates how the sisters go on with their lives after their family’s death. Both sisters seem to know more than they let on but are unwilling to address the elephant in the room. The sisters themselves are rather strange and their uncle, who is going senile, endearingly quirky. The book has a foreboding to it accompanied but a not so shocking reveal as to the family’s death. It’s a good read but not the best.

Spring Garden is part of a set of Japanese novellas being published by Pushkin Press. They are available through the Penguin Random House site.

This novella follows divorcee Taro who lives in an apartment building set to be demolished. The entire area is in a state of change with demolishments and constructions and residents have been slowly vacating the building. One day he meets Nishi, his neighbor, who is obsessed with the house next to their apartment building. Nishi owns a book called Spring Garden which features photos of the house and the famous couple who lived there. The novella is apparently trying to convey the fluidity of each character’s environment from childhood to adulthood and how things change in our world over time; places, where people have lived their entire lives, can be erased with little to no trace of them. I’ve found this theme to be bittersweet since it is one close to my heart and I can appreciate the effort but this novella is very, very slow. It is full of mundane thoughts and details of the characters that contribute nothing to the story. Nishi’s obsession with the house does not amount to much. The slightest bit of something possibly exciting that I thought was happening was not what I thought it was. In the end, I was speed reading through it since nothing very interesting was happening, although I did feel somewhat sad for Taro.

5 short reviews for the price of one!

Anyone here a fan of novellas? Any of these jump out at you?